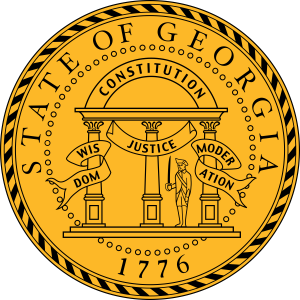 With heavy hearts and deep sadness, the family of H.G. Thomas New "Tommy", announces his passing on Wednesday, February 16, 2022.

There will be two viewing and visitation opportunities for family and friends held in Louisville, GA.  The first will be held at the Louisville United Methodist Church on Wednesday, February 23, 2022, from 5:30 pm to 7:30 pm.  The second, as a visitation and in honor of his lifetime of public service to the community, he will lie in repose at the Jefferson County Courthouse Rotunda with an Honor Guard on Thursday, February 24, 2022, from 11:00 am to 1:00 pm.  From the courthouse, an official funeral procession will travel to the Jefferson Memorial Gardens. All are welcome to join the procession at 1:00 pm or meet directly at the funeral services graveside with Military Honors at 1:30 pm. Rev. Bill Cain and Pastor Dan Underwood will be officiating. Pallbearers will be Rodney Mays, Gordon Mays, Jr., Tommy Battle, Sonny Bowles, Rocky Gilmore, J.E. Davis, William Hadden, Johnny Gearig, Mike Cofer, Denny Barrow, and Bubba Smith. Honorary Pallbearers will be Jefferson County Commissioners and Staff, Queensborough National Bank board of Directors, fellow Lionsmen, Barwick-Gay Sunday School Class, the Louisville Men’s Community Bible Study group, Thomas Jefferson Academy staff and friends, and fellow Ogeechee Valley Country Club members.

A native of Jefferson County, GA, Tommy was age 78 of G.W. New Road, Bartow, Georgia.  He was the son of the late Grady Wesley New and Nesta Olivia Thomas New.  During his earliest years of life, he lived with his mother in Bermuda while his father was enlisted during World War II.

With a unique charm and a larger than life personality, he won over the hearts of many and never met a stranger.  Tommy cherished his family and friends more than anything in life.  He loved his community and dedicated his heart and soul to its vitality.  A proud member of Louisville United Methodist Church and the Louisville Lions Club, he was reelected repeatedly to the Jefferson County Commission for over 42 years with tenure as Chairman.

As a Commissioner, he most recently chaired committees that oversaw the Landfill and Recreation Department.  He was considered an expert in the operation and management of the Landfill.  Commissioner New saw the value and cost savings in Jefferson County continuing to operate and expand its own landfill and solid waste program.  He was a strong advocate for the Jefferson County Recreation Department and for youth recreation, sports, and activities.  Commissioner New was a tireless supporter of Jefferson Hospital and clearly understood the importance a local hospital meant to the viability of the community.  After over four decades of service, Commissioner New was extremely knowledgeable in every aspect of county government and operations.  He has earned the confidence and respect from other commissioners and officials around the State.  Mr. New was extremely honored to have been appointed to the Georgia Forestry Commission Board during Governor Roy Barnes’ Administration.  Also, he was very excited to serve currently as the Chairman of the CSRA Advisory Board for the Police Academy.

Tommy was an active member of his church where he served on many of the church committees.  His participation in the prison ministry program at the Jefferson County Correctional Institute for over 34 years continued until COVID prevented correctional facilities from hosting such events.  Commissioner New serviced in the U.S. Navy.  After his military service, he spent most of life walking through the woods cruising timber. He was active at Thomas Jefferson Academy occasionally filling in as a substitute, teaching history and “General Life Lessons” to the students.  From football to the classroom to his time serving in leadership on the board, he valued his time with Thomas Jefferson Academy.  He was active on the Board of Directors for Queensborough National Bank and Trust for 26 years and as a Director Emeritus for 7 additional years.  Tommy was a life-long member of the Ogeechee Valley Country Club and some might say a scratch golfer for most of his adult life.

Tommy was preceded in death by his parents, a daughter, Carla Gail New Poss and his high school sweetheart and loving wife of 57 years, Gloria Mays New.

Prayers are requested for Tommy New, and the friends and family who knew and loved him.  May he rest in peace.

Those desiring to make a donation ask you to consider the H.G. Thomas New "Tommy" Scholarship Fund, c/o Queensborough National Bank & Trust, Louisville, GA.  This Fund will be dedicated to graduating seniors in the county who have a passion for public and community service, forestry, education, or counseling/social work.

To send flowers to the family or plant a tree in memory of Tommy, please visit our floral store.